At 16, Josephine became a child bride and gave up her dream for a bright future.

Her father refused to pay for school, and a few months before she would graduate, gave her to a man for marriage. Though illegal, poor families in Uganda still offer their daughters in marriage for a bride price.

He  put her through emotional,  verbal and physical abuse. Josephine and her two children escaped the unbearable situation and went back to her village.

Her heart and body were left broken from the abuse.

In her village, she reunited with an old friend who enticed her with stories about how wonderful life in the city was and promised her a good job. She went to the city with her friend, but this good job turned out to be at a bar, where the other women were prostitutes.

Without any other options, coercing her was easy. She relented and began to prostitute herself and used drugs to block out the horrors of that life.

She felt the world crushing in on her.

God had other plans for Josephine.  She met a community leader, who introduced her to Miriam, the 10,000 Lights Women's Center's Director.

Josephine attended their 7 Steps To Freedom Workshop, and was later identified for enrollment in our Empowerment Program at 10,000 Lights Women’s Centre. She joined the tailoring class in March 2020 and has learned tailoring, English as a second language and customer care skills. 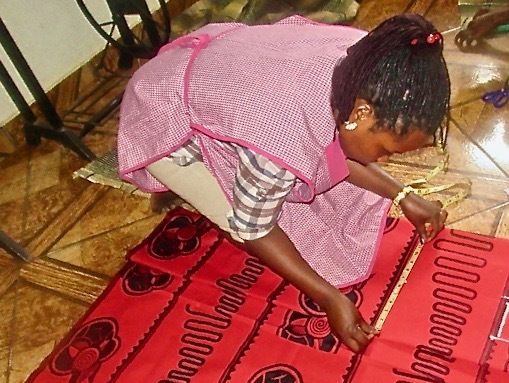 “The skills I have got from the 10000 Lights Women’s Centre will help me start my own business,  I dream of having my own fashion and design workshop to employ at least five vulnerable women who have been exploited like me.”  says Josephine.

There are so many young women, just like Josephine -out of options, and forced to sell their bodies.

You can make a difference in another life, by helping us Keep The Lights On.

“Hope is being able to see that there is light despite all of the darkness.” – Desmond Tutu